Building area with products for use in warehouses and depots

It is the largest part of the former SPEA in terms of surface area, about 60 hectares of land com-pletely fenced with wire mesh, mostly left for pasture use, entirely flat except for the many em-bankments created to protect some specific buildings.
Spread over the area, mostly in groups, there are almost a hundred single-storey buildings built in 1940-41. Some buildings have brick masonry structures, others are larger in iron or with reinforced concrete frames.
In January 1940 the Ministry of the Navy expropriated the former “Stabilimento Carburo della Soc. Terni ”of Narni Scalo inactive since 1929 and a large area of adjacent agricultural land, to adapt an explosives plant. The transformation was entrusted to the S.P.E.A.- Società Prodotti Esplodenti Au-tarchici which, in addition to adapting existing buildings, provided for the construction of other buildings. The disposal of the Navy complex began during the seventies and was completed only in 2007.

The building complex is located in the locality of Sant’Anna in the municipality of Narni, near the hamlet of Narni Scalo, which begins along the road axis of Via Tuderte, around the railway station which is about 2.4 km from the city centre and about 10 km from Terni.
It is well connected to the outside road network: nearby, at the motorway junction of Orte dell’A1, at State Road 3 “Flaminia” there are numerous connecting bridges such as the Terni-Orte motorway junction.
The context immediately adjacent to the former Spea is purely agricultural, even if located at the edge of an industrial area developed around the railway station between the 19th and 20th centu-ries.

Building area with products for use in warehouses and depots 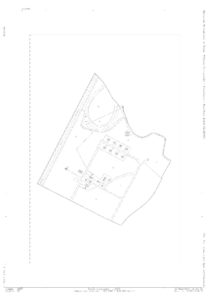