Area to be enhanced, with executive, commercial, tourist and accommodation and cultural destinations of use, located around the perimeter of the high-speed station of Roma Tiburtina, which is one of the most significant redevelopment areas under construction in Rome.
The area to be enhanced is about 92 hectares of buildable lots with some buildings to be demolished.

The initiative represents an important investment opportunity in the heart of the most important intermodal node of the Capital. The entire urban area, around the New High Speed Station of Roma Tiburtina, has been the subject of a Program Agreement between the FS Group and Roma Capitale, which has provided for the construction of new and important infrastructure works already activated – the new station, the new ring road, new roads in the neighborhood, parking lots and public spaces – and some strategic functions.
FS Sistemi Urbani, which is in charge of the development of the urban plan, the valorization and the sale of the building lots of the Tiburtina area, has already sold on the East side a first lot to BNL; BNL has realized the new national headquarters. In addition, FS Sistemi urbani has sold a second lot to Sapienza, where a new university will be built, while on the Weste side (Nomentano) the C1 sector has been sold and a new hotel structure will be realized.
The works related to the demolition of the elevated parts of the ring road and the arrangement of the square in front of the station have already started on the West side of Roma Capitale.
FS Sistemi Urbani has presented a proposal for a modification of the town planning scheme, the result of the Memorandum of Understanding for the “care of the iron” and the urban regeneration of disused railway areas, which provides for an innovative development of the entire area. A modern district will be created on the East side (Pietralata-Tiburtino) with buildings distributed longitudinally along the railway axis. The project also includes a large park connected by a pedestrian bridge to the Bologna district and the new suburban bus station connected by an aerial and protected passage to the station.
The strategy is to densify the Tiburtina hub by concentrating the building rights owned by the FS Group, starting from those already present on the west side and those deriving from other urban areas, for a total of 240,000 square meters of gross floor area, intended for a flexible and varied functional mix (office, commercial, hospitality and cultural, residential..).
The urban planning variant proposal submitted in December 2020 by FS Sistemi Urbani to Roma Capitale provides the following dimensional data:
Land area: 945,000 sqm
Surface area: 290,000 sqm

The area is in the north-east sector of Rome, between the districts Nomentano and Pietralata, and is easily reachable by rail (high-speed trains, regional trains, and underground line B), by car and by regional and local buses (highway A24); it is therefore a strategic transport interchange hub. It has been deeply redeveloped in the last years, with improvement of infrastructures, public transport, and services (high speed station, orbital road, new traffic circulation and car parks).

The neighbouring urban fabric on the west side is mainly residential, commercial and tertiary, with activities bound to the University of La Sapienza and to the General Hospital Umberto I.

The eastern sector, along Via Tiburtina, is the typical residential and commercial outskirts, with deeply modernizable areas.

Area to be enhanced, with executive, commercial, tourist and accommodation and cultural destinations of use, located around the perimeter of the high-speed station of Roma Tiburtina, which is one of the most significant redevelopment areas under construction in Rome.
The area to be enhanced is about 92 hectares of buildable lots with some buildings to be demolished.

This property is part of the project: 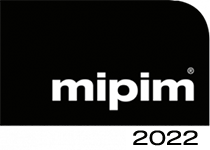